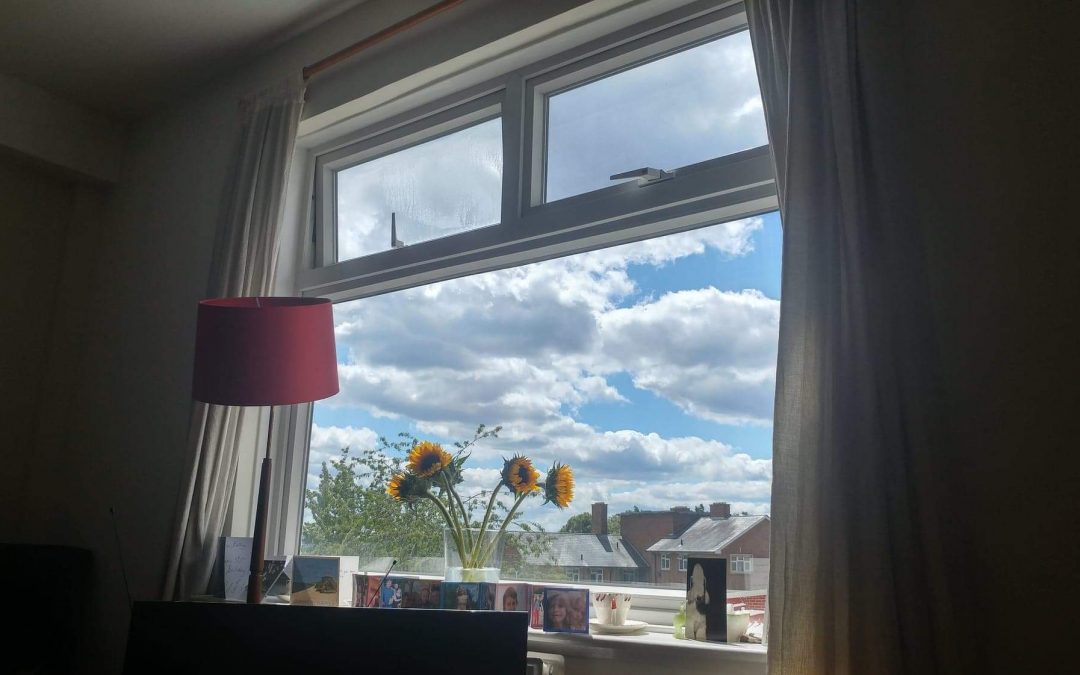 The Mythology of Man

A Vision of Old London

Ian Heffernan was born just outside London, where he still lives. He studied at UCL and SOAS and works with the homeless. His poetry has been published recently in the High Window, Ink, Sweat & Tears, Cha, Antiphon, South Bank Poetry, London Grip, Under the Radar, FourXFour, the Moth, Acumen and elsewhere.

The clock adds a minute, subtracts the next.
Its half-hearted ticking convinces no one,
Least of all you. Here where the echo
Precedes the cry, you lie in bed.
A cobweb sags and comes apart.
You watch its gentle progress down the wall,
Then get up and negotiate
The house’s hesitant geography.
You’re not surprised to find yourself
Caught briefly in a chaos of doors.

Outside near the feeders a chaffinch
Reworks its song. The dawn rain lingers.
You look out at the backs of buildings,
Note the squint of their upstairs windows,
The complicity of their walls.
Further off beyond the empty motorway
A sparrowhawk banks over a bare track.
It darts down and its claws close tightly round
Imperfect life. Below a fox crouches
In the lee of its name, then pads away.

Malistic internal émigré,
Assigné à résidence, you wait.
Now the actual fattens, the wounds close
And unclose, blur and become clear.
A few ghosts dissolve. Belief refracts.
You pace the room, expecting all the time
The fever and the cough that never come.
One day, under bleak insistent sunlight,
Freedom shrieking in your ears,
You’ll fall face first into yourself.

The moon is what we notice first –
A bright blurred disc in darkened sky.
We seem to see it through thin ice.
Along the painting’s left-hand side
Blank-windowed buildings stretch away.
Below a plain wide terrace spreads.
Towards its rightmost edge a girl
Looks up, or out across the sea.

I won’t apologise for this:
I mean to pry into her mind.
Her back is turned, but even so
It’s clear to me – I can’t say why –
That what she’s contemplating there
Is not existence but a wound;
A wrong she’s suffered in the past
For which she can’t obtain redress.

The details are opaque, of course –
Abuse in childhood? Talent blocked?
The theft of what she almost loved,
Or what she almost failed to love?
Fatidical, perhaps she sees
The guilty and the innocent
Walk hand in hand and laugh, a life
That closes round oblivion.

THE MYTHOLOGY OF MAN

It was here – we’re taught – that a god
Planted earth and sky, then sat back to watch

The minerals expand and change their form,
The arcs and whorls of nascent light;

Here he saw the continents unfurl,
The seas and rivers nuzzle into place,

And set the weather running:
Summer’s heat, then ice and snow’s retort;

And here, among the wind’s leavings,
That mankind emerged; here men cradled

Until their words astounded language
Or crumpled to a question mark;

Here they first experienced
The routine magic of a kiss,

The irreverent spasms of love,
Or lead instead a life of solitude;

Here they inscribed their subtle laws
And set in train their wild festivities;

And here their restless instruments,
The machines that invent themselves,

And reinvent themselves, whose coarse music
Torments and confuses, rebelled.

Flecked with lice and undefended,
They parried half-imagined blows,

Hunkered further down and told themselves
Passivity and deference are strength.

Their dull unintimate glances, their shame
And anomie showed their age had ended.

Nearby their wailing abstract dead
Had congregated – they showed it too.

We learnt all this; we see men failed
To survive their own myth, that’s all.

A VISION OF OLD LONDON

Through long straight streets, past weatherboarded stores
And disused pubs in mourning for their signs;
Past timber yards and harsh-browed tenements
Whose vague interiors disclose no life;

Through bright dishevelled squares and antique lanes
Where drunken windows, luminous with spring,
Hold men who rest their elbows on the sill
And monitor what’s happening below:
There, cloth-capped children trip on cobblestones,
Half-arsed attempts at birds regain their flight
And groups of beggars gather and disperse;

Past churches with their stark and patient spires,
Their helpless tombstones and their tinct of death;
Past brick-blunt clearings, lines of hansom cabs;
Past drinking fountains, street urinals, troughs
And down towards the jetties and the piers,
Each one end-on to absence, and from where
Unthought-out alleys struggle off inland
Or dart and thread between dull warehouse walls;

And then returning north, back through that world
Of random spats and random decencies,
Ornate unprivate lives which overhang
The poverty in courts and passageways,
Days spent at tender tangents to the real;
And noticing new details everywhere:
The stale-edged smells, the fresh-coined epithets,
The gentle repetition of the songs;
Returning now through slanted shafts of light
Beneath an unprotesting evening sky
You sense the near-forgotten core of things.

Apologies for stalking you like this –
By email not in person or by phone –
I’m shy, you see; you also ought to know
This is my first attempt in fifteen years,
Which means I’m rather out of practice too.

So in my role as one of Britain’s least-
Prolific stalkers, let me take this chance
To introduce myself to my new beau:
My name is Jaspirel, I’m epicene
In keeping with the ‘spirit of the age.’
Like you, I’m trying to revive the art
Of poetry in almost-solitude,
By which I mean a room above a pub
In Kentish Town; it’s not ideal, that’s clear:
The walls at ill-made angles to the floor,
The boiler half-asthmatic and a rat
That squats inside the cupboard like a god.

At night – in breaks from writing – I observe
An isolated avenue of light
Which holds lives shaped by money or its lack.
Tonight though, curtains drawn, I’ve spent the time
Examining the cut along my thumb
And slipping further from sobriety.
Warm brandy with Ribena is my drink.
I find it suits my palate, and my guts:
My waste is of a better quality;
What’s more, my stomach cramps have nearly gone.

Oh, by the way, I’d like to send some poems
For you to comment on. Is that alright?